As both a teacher and a scholar, Stephen Warren emphasizes that the past is never safely historical. In the classes he teaches, he asks his students to view academic research with a fresh perspective; as avenues for serving the world rather than knowledge that is peculiar and limited to the college classroom.

In his first book, The Shawnees and Their Neighbors, 1795-1870 (The University of Illinois Press, 2005), Warren uses Shawnee history to explore how Native peoples adopted national governments modeled after the United States in response to American missionaries and the federal policy of Indian removal. National governments occupied unstable ground among their people, and tribal citizens often voted with their feet and established new governments rather than abide by the “imagined communities” of the removal era. Warren’s second book, The Worlds the Shawnees Made: Migration and Violence in Early America (The University of North Carolina Press, 2014), stitches together archaeology, history, and ethnography to show how Shawnees made a life for themselves at the crossroads of empires and competing tribes, embracing mobility and often moving willingly toward violent borderlands. Through migration, they and their neighbors adapted to disease, warfare, and dislocation by interacting with colonizers as slavers, mercenaries, guides, and traders. These adaptations enabled them to preserve their cultural identity and resist coalescence, even as Shawnees became known as “the greatest travelers in America.”

Community-engaged scholarship, the desire to conduct research that builds capacity in Native American communities beyond the University of Iowa, is at the core of Stephen Warren’s life and work. His forthcoming edited volume (with Benjamin Barnes, Chief, Shawnee Tribe), Replanting Cultures: Community-Engaged Scholarship in Indian Country (Albany: SUNY Press), offers a series of case studies of community-engaged scholarship in the United States and Canada. In 2018, Warren and Barnes published “Salvaging the Salvage Anthropologists: Erminie Wheeler-Voegelin, Carl Voegelin, and the Future of Ethnohistory”. In 2017, Warren worked as part of a research team that completed a tribally-administered three-year, 1.3 million dollar grant with the Eastern Shawnee Tribe of Oklahoma entitled “A Search for Eastern Shawnee History.” Five students, (three graduate students, two undergraduates) assisted Warren as they repatriated and digitized Eastern Shawnee history from archives scattered across the United States. Another byproduct of the grant was an edited volume with community histories and oral interviews: Stephen Warren, ed., Resilience through Adversity: The Eastern Shawnee Tribe of Oklahoma (Norman: University of Oklahoma Press, 2017). He is currently conducting research in collaboration with the Myaamia Center, a collaborative research center run by the Miami Tribe of Oklahoma and hosted by Miami University-Ohio. His current book project explores the interlinked histories of African-American exclusion and Native American removal in Indiana and the Midwest as a whole.

His research has been supported by numerous fellowships and grants, including a Mellon Sabbatical Fellowship (2010-2011), a Gilder-Lehrman Short-Term Residential Fellowship from the John D. Rockefeller Library at the Colonial Williamsburg Foundation (2010), and a Lester J. Cappon Fellowship in Documentary Editing from the Newberry Library (2014). In 2009, Warren was a consultant and commentator on the WGBH/American Experience documentary, Tecumseh’s Vision. 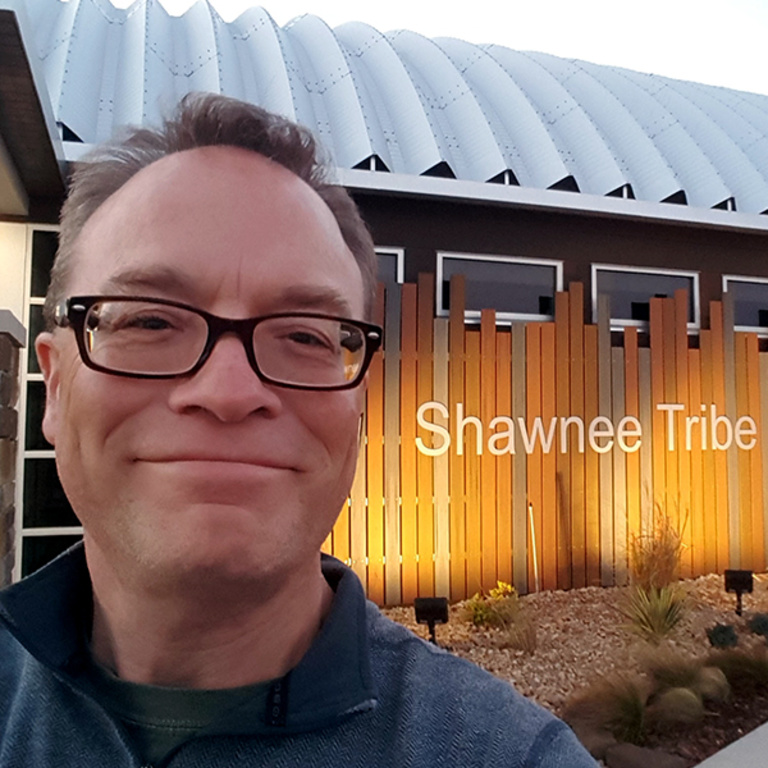